DGI and our history

In Denmark gymnastics is much more than a sport. It is a way of life and part of a democratic and edifying development.

Being a small nation Danes have always sought adventure and knowledge abroad.

National Danish Performance Team is part of DGI. An independent, non-profit Sport for All Federation of Denmark with approximately 1.5 million members, which is more than 25 percent of the population in Denmark.

DGI intend to strengthen voluntary associations as the framework of sport, emphasizing the importance of community building, self-empowerment and healthy living.

During 80 years Danish gymnastics has been an inspiration around the world to exercise, joy and empowerment. Today workshops and Clinics are still an important way to share the motivation and inspiration of an active lifestyle.

Danish Folk High Schools have pioneered in taking young athletes abroad, and since the 1930’s gymnastics teams have inspired to exercise, joy and empowerment around the world.

Today the team is renowned around the world for its inspiring workshops, dazzling shows and performances. And more than 2 million people from nearly 60 countries have seen our shows. 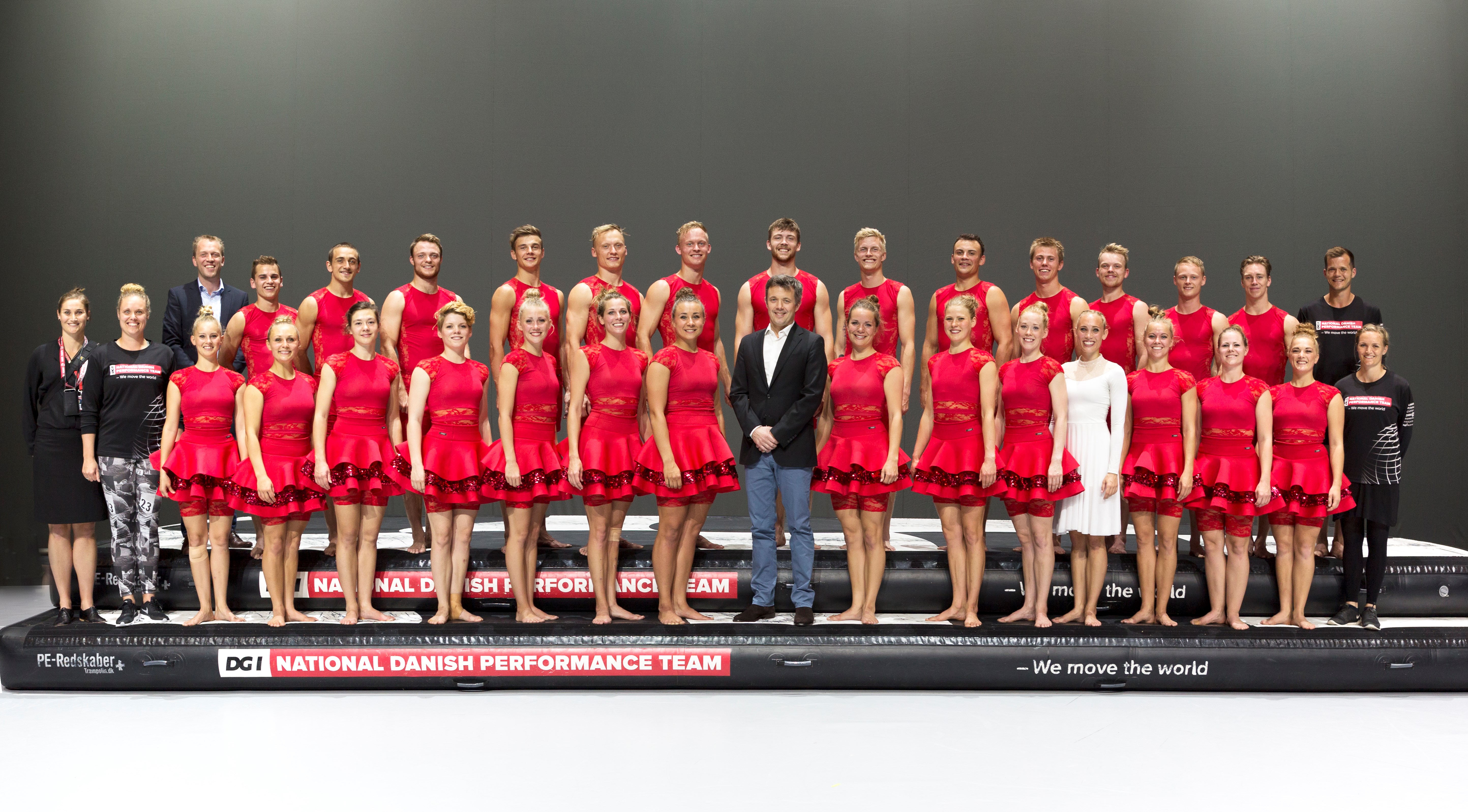 It is challenging to travel 10 months in a row. However, touring the world as an athlete on our team is an experience many strive for.

Cultural exchange is about being open minded and eager to learn. Human qualities that we strive to cherish through our world tour.

Powerful, graceful and spell-binding. A show with National Danish Performance Team is quite an experience.

Our goal is to motivate to a healthy lifestyle. Through workshops and amazing performances, we will show that sport is for all.